The role of compost in agriculture is twofold; on the one hand, it acts on the ground as an organic amendment, and on the other, on plant species, acting as organic fertilizer and growing medium.

The soil continuously used in a cultivation system suffers a progressive decrease in the level of humus, causing several problems such as accelerated erosion, deterioration of the physical-chemical and biological properties and, in general, decreased fertility ground. The contribution of compost counteracts all these deficiencies. 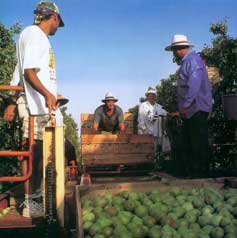 The are broad applications of the compost, depending on its granulometry, presence of impurities, etc., and can be as different as horticultural, citrus, vineyard, forest and rice fields. In turn, it is also being used in sugar beets, non-citrus fruits, improved degraded soils, forestry and nurseries.

In general, the application of mature compost at moderate doses causes, both at field and greenhouse level, appreciable increases in crop yields.

There are other possible uses of compost in fields such as landscaping, restoration of degraded soils and the recovery of surfaces that are affected by various activities.

It also interesting to point out the possibility of using compost in non-natural forest areas, and in the reforestation plans for burned areas, abandoned agricultural lands, areas damaged by industrial discharges, etc., expanding the market of this product.