During February and March, the project received the visit of numerous students from different Training Centers of Agricultural Experiences from the region, such as the Degree of Oils and Wines, Degree of Agroecological Production, Degree of Viticulture of the CIFEA Jumilla, Degree of Education and Environmental Control of CIFEA Molina de Segura and the students from the course “Waste as a resource” taught by Región de Murcia Limpia Association.

The visits began at El Rosario winery, where an introduction to the situation and context of the wine sector in the región and to the El Rosario cooperative was made Then, a tour through the winery began, during which the process of winemaking could be explained from the entry of the grapes to the winery until they were commercialized and packaged as a bottle of wine. During this tour we visited the room of the mosaics of the winery, where is located the exhibition of the LIFE SARMIENTO project and where we presented the project to the attendees and detailed it main objectives and actions. Then, we proceed to explain the composting process of the vineyard in the composting place in the cellar. 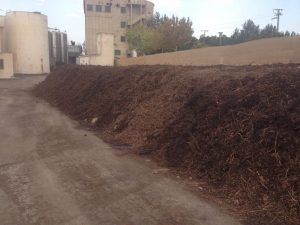 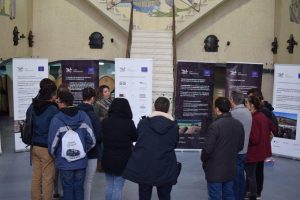 The visits ended with a field visit to the vineyard plots of the project in the area of Venta del Pino (Bullas), where the students could observe in situ the pruning of the vine and the location of several spots where shoots are collected, prepared for their chopping and moved to the composting plant where the second cycle of the project will begin. 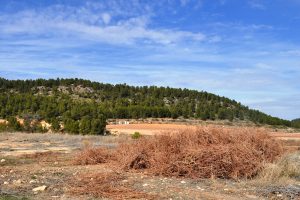